Pacific Wing Chun has three blends of Dit Da Jow and a Coconut oil based Healing Salve available for purchase. 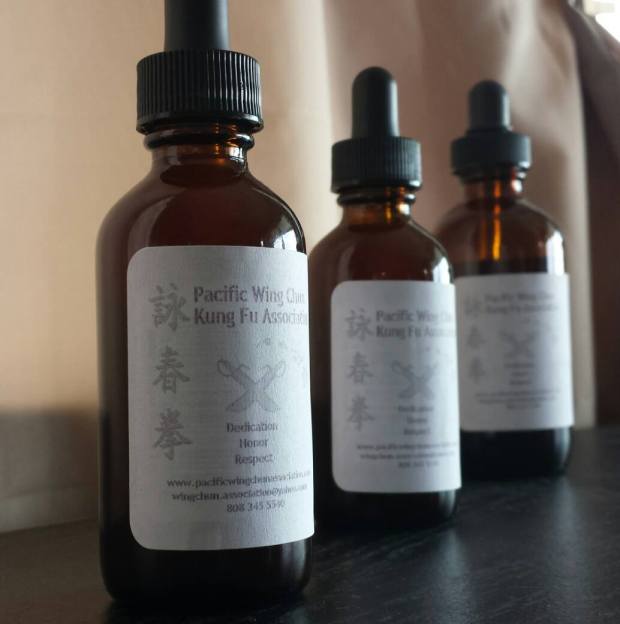 Our Healing Salve is based with Organic Coconut Oil and Beeswax, Dit Da Jow and other essential oils make this a very effective soothing,  aromatic Liniment

Message me for pricing including shipping.  Peace and much Respect, lrs.

Great to be out in the Hawaiian sun this Sunday with the Pacific Wing Chun group today. Great efforts all around by everyone in attendance. We are glad to welcome back Sandy Cu from the Sifu Philip Nearing School of Wing Chun, Chicago. As per usual emphasis on controlled structure in movement with forward intent.

Be well, and train hard all! 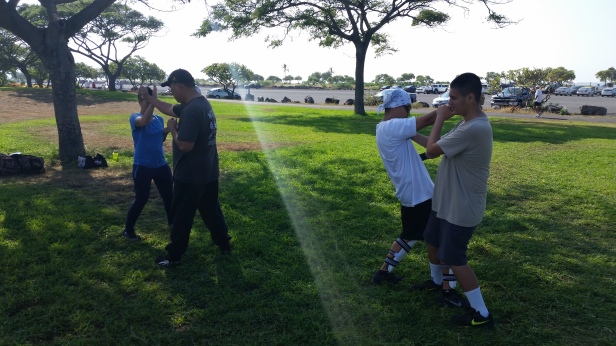 It is with great pleasure during this auspicious holiday season that I announce Mara Millers promotion to Black Shirt Certified Instructor here at Pacific Wing Chun Kung Fu Association. Please help us in congratulating her on this momentous life achievement, and beginning of a lifetime journey. Our Certification Ceremony was attended by students and visiting Sifu Scott Cannam from Red Deer Wing Chun in Alberta Canada. 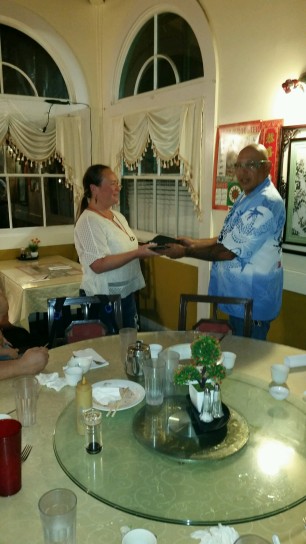 Mara challenged this undertaking holding down career, home with two children and training all with absolute dedication.  Studying and teaching up until weeks of giving birth. Physical movement only light controlled contact so don’t be alarmed.

Mara has shown she can do both quite effectively, and efficiently. 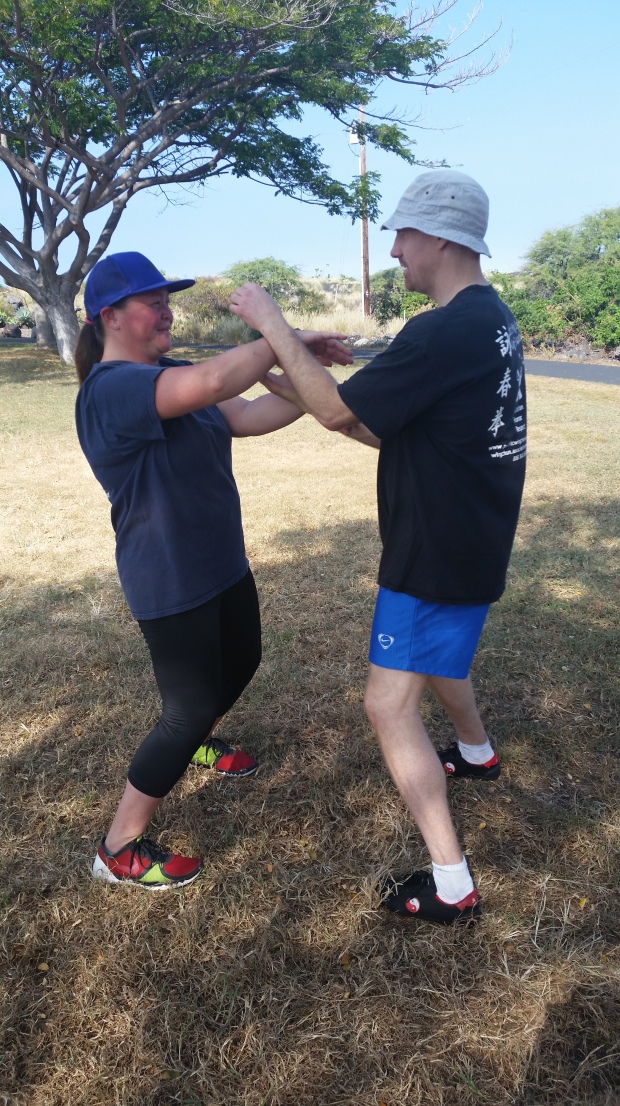 “Kung Fu is only good when it leaves your hands and goes to another.”

Be well and absolutely happy always, much respect,

Only a practitioner of Wing Chun Kuen really knows the amount of time dedicated to study and training it takes to become proficient. I have had many students proficient already in other disciplines start the journey into Wing Chun Kuen only to find the key in becoming a solid Wing Chun fighter is time and dedication to practice, study.

Please help us to congratulate them on these huge achievements and for the sheer dedication it took to accomplish them.

Be well all, much respect! 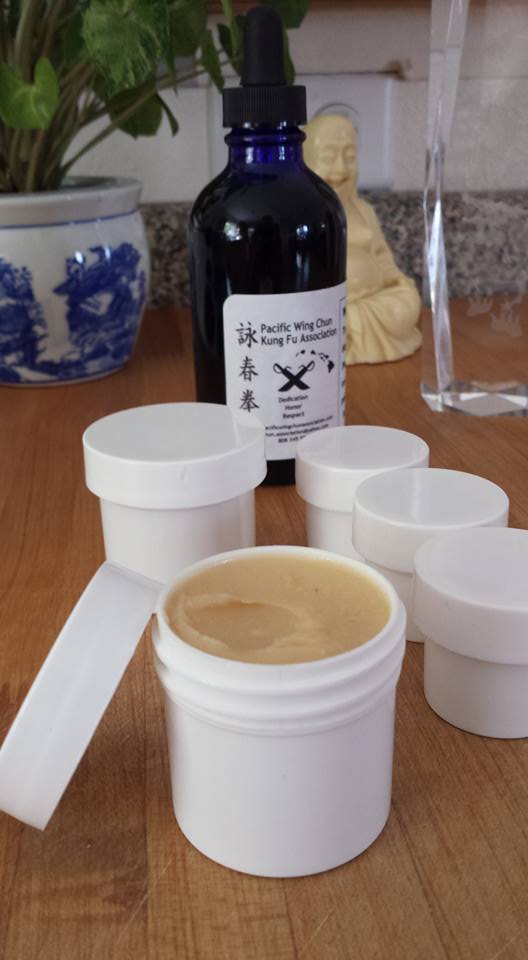 New Batch of Bak Fu Pai with Hawaiian Olena, and Essential Oils is ready. I have 2 oz and 4 oz bottles available. Message me for pricing including shipping. Many thanks to the folks at ‪#‎PlumDragon‬ for their fine products. Peace and much Respect, lrs

ROBERT YEUNG reunion is around the corner! [Aug 26-27-28, 2016] There will be some small presentations in the late afternoon of Aug 26th, ALL DAY PROGRAM from 9am-5pm, Aug 27th, at the KEY PROJECT building on the windward side, and on Aug 28th morning seminar 8am-11am – ending with a buy your own plate lunch at Hee Hing on Kapahulu Blvd.

There is a 45 page reunion booklet being produced – so pass me a few photos for your groups. I also have all the old articles from various instructors from the Robert Yeung lineage (old stuff from the failed booklet attempt five years ago) which I will push to this new booklet. You can also submit new articles – but hurry!

Lastly, I am trying to find all the old timers (graduates) from the Robert yeung years. I need a 2″ face photo to be placed on the booklet cover around Robert yeung’s center photo.

RED-BLUE-BLACK sashes are also available $20 each

There will also be nomination box for the offices of the Associations President and vice president positions.
Both are working positions with time consuming responsibilities
and will run for a three year term starting Jan. 1, 2017.
Other positions are WEB MASTER, yearly newsletter and two year booklet ASSOCIATION PUBLISHER/HISTORIAN, MEMBERSHIP CHIEF (+CERTIFICATE +SHIRT +SASH +INSURANCE),

We also need a set review team to help the MEMBERSHIP CHIEF to keep up the association’s teaching and set standards,
review up coming people, review transferring people, and serve as judges at our tournaments. This review team can be comprised of more than a dozen association Instructors and professors. They need to work closely with the membership chief to will make evaluations for promotions and for the five year instructor re-authorizations.

PRESENTED BY LAWRENCE RAMIREZ SIFU founder of the

An informational program for teens entering 6th through 12th grade

Summer Reading Program 2016 registration starts May 31 at Kailua-Kona Public Library and the program runs from June 7 – July 16 at this branch. Teens can enter prize drawings for a 40oz Hydro Flask, a Hershel backpack, and a Notebook computer! Exercise your reading muscles and get free weekly incentives. Enter the Hawaii Pizza Hut “Get Caught Reading” Instagram Contest to win weekly $35 Apple iTunes gift cards! For more information, please contact the library.

Message me for pricing including shipping. Many thanks to the folks at ‪#‎PlumDragon‬ for their fine products. Peace and much Respect, lrs. 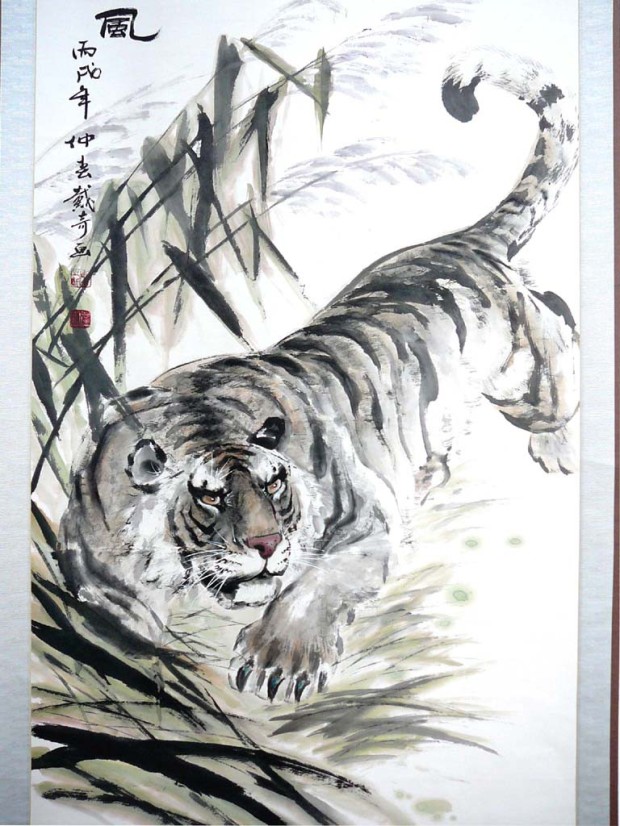 The words in the title all intend and hold within a common theme of positivity,  virtue. As a teacher, coach or mentor it is imperative that these values are instilled unto your student especially where the skill being taught holds knowledge that could potentially end or take a life.

This title or mandala is posted in bold type style on the website I created for my kung fu organization, the Pacific Wing Chun Kung Fu Association. The words hold special meaning and remind me of the many hours spent with my Sifu Alan Bak Fu Vasquez and Kung Fu Brothers working to understand and apply all the technique within the Wing Chun Kung Fu System.

I was blessed to have found a mentor in Sifu Bak Fu he truly cared enough to help us understand and made sure we worked hard at every technique we were taught. I spent a little over four years training at Orange County Wing Chun Kung Fu Association, and I am honored to have met and trained with some of the finest martial artists today.

I consider it a great Honor to be a part of my Kung Fu family which extends to our mother association in Hawaii via the Hawaii Wing Chun Kung Fu Association headed by Sifu John DiVirgillio.

The time spent studying a martial art or any skill based activity requires some degree of dedication, but in the case of Wing Chun Kung Fu there is no substitute for the dedication you need to put into studying and practicing this Kung Fu style.

In ancient times the perseverance one needed to have just to even become a student at many kung fu school was a testament to the prospective student in regards to their resolve or dedication to learn. This helped the Sifu make decisions on who to admit and give this knowledge to and who was not worthy.

Life in these times were a little more cut and dry in the fact that if you were in a fight or struggle, it could mean one lost life. Respect was paramount where study of the martial arts was concerned. Training was also very serious, students dedicated themselves to study, having and holding respect for the art, their Sifu and for themselves. Respect was demanded in all aspects within the training. If a student didn’t show proper respect or dedication to their training they were removed from the kwoon or worse they died due to the course of their actions.

As martial arts came to be popular in the late 60’s and into the 70’s these positive ideals were intact and true to these ideals, which produced many of the great martial artists of today.  Bruce Lee, Chuck Norris, Bill Wallace, Jim Kelly, Wally Jay, Ed Parker, Mas Oyama, and Morihei Ueshiba to name a few either created their own style of martial art or influenced the world with their mastery and dedication to the martial arts world in general. These true martial artists held themselves and their students to the highest of standards.

In my training it was instilled that respect was paramount, and being a good student was my job when in stance. It was within the first lesson where we were taught this ideal. Respect for our Sifu, the art, our fellow students and for ourselves.

For those whom were dedicated in training and whom progressed through the ranks it became clear whom honored these base ideals.

It is an Honor to have had the opportunity to study under my Sifu whom I respect and hold in the highest regards, and with a few my Kung Fu Brothers whom to this day I consider close family.

At some point every teacher of martial arts come to an important crossroad, where they are transmitting a skill-set or knowledge which only few are worthy to possess to running a business where these ideals are bypassed for the sake of a dollar.

Dedication to your art, and students is paramount, uphold our Sifu’s teachings with honor, and respect yourself, your Sifu and your fellow student no matter where your particular art come from. This is the Tao or Way of a true Martial Artist and a true Kwoon or Martial Arts School.

Train Hard, Be Well, and Much Respect!

The Core Structure and Principles of Siu Nim Tao

As the first open hand form within the Wing Chun Kung Fu system, Siu Nim Tao has the important job of introducing practitioners to basic body structure, and the structure of all the open hand techniques within the system.

At the beginning of the form, root is gained by sliding feet out to proper width, then pressing the hips and pelvis forth to engage the spine and muscles across the back, around the core all the way down the legs to the floor to create a solid postured body mass.

In practicing this posture the practitioner will eventually be able to feel the proper width of this stance and recognize their body engaging in a very structured root, stance, or ma.

As the hands and arms engage into bridging postures, Iron Bridge theories are practiced as mucsle memories are created and tendons ligaments are toned, strengthened.

The open hand movement in Siu Nim Tao is intend to train the practitioner, how to properly strike powerfully within a limited distance, the limits within their upper, middle and lower gates while keeping the bodies posture or root, structured and sound.

Through out the practice of this hand form students are encouraged to use Lok Nim or use the mind to visualize actual use of every hand posture. In coupling these hand movement with the mind, a very powerful connection is created.

As practitioners progress through the system reflection on the core principles of Siu Nim Tao give the practitioner an opportunity to fine tune all the structures needed to create solid a kung fu repertoire and true warrior fighting skill.

Train hard, be well and much respect